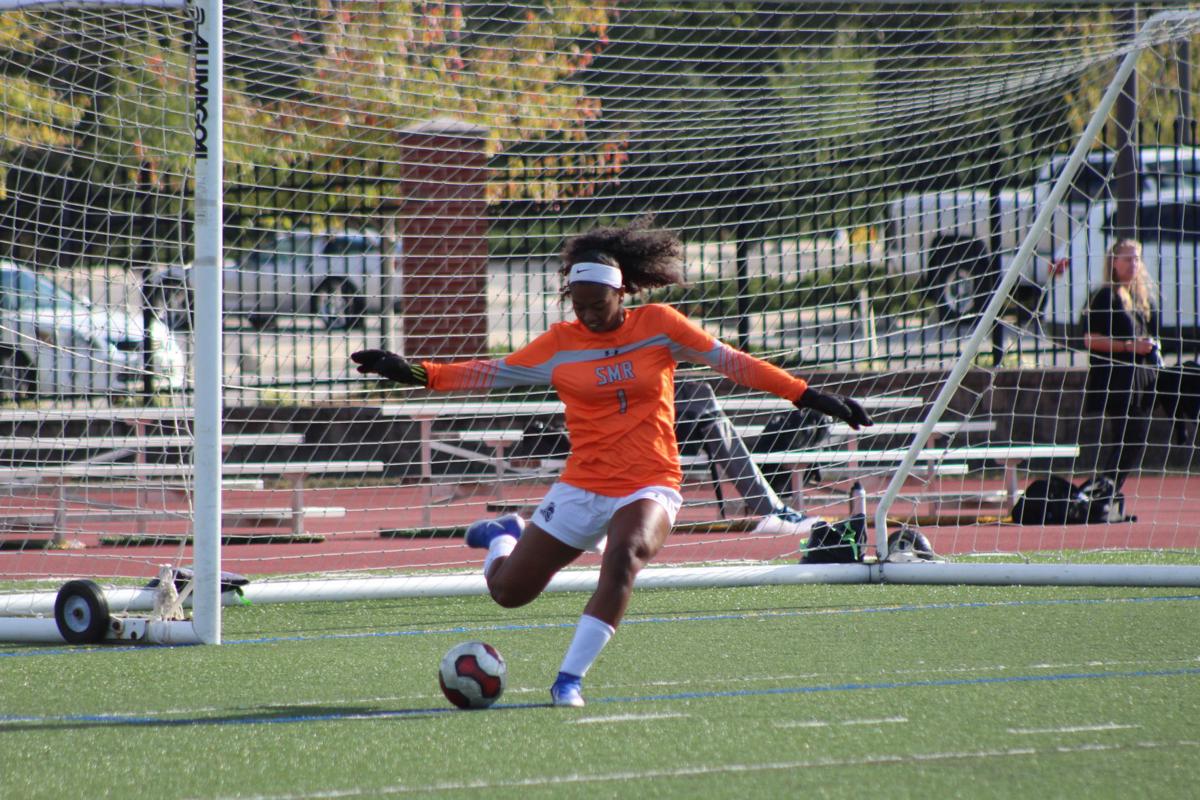 About halfway into the Washington Catholic Athletic Conference portion of its schedule, the St. Mary’s Ryken Knights welcomed an out-of-conference opponent for Saturday’s home contest.

“We played the first half of our WCAC schedule, and so far we have been doing pretty good,” Knights sophomore Jillian Silverstone said. “This game was kind of like our prep game for our hard part in the WCAC and our hard games coming up.”

Silverstone helped lead St. Mary’s Ryken to a 6-2 victory over the Roland Park Reds from Baltimore with a first-half hat trick.

“This game went pretty well,” Silverstone said. “Carsyn [Jones] scored twice and I was able to score three times. We really got the win with teamwork. We had worked on combination plays in practice, and I think that showed today scoring six goals.”

St. Mary’s Ryken (7-1-2 overall) wasted no time racing out to an early advantage on a Silverstone goal about two minutes into the contest.

Roland Park (3-8) generated a corner kick less than a minute later looking to answer an early St. Mary’s Ryken goal, but were unsuccessful in tying the contest. Knights senior goalkeeper Jaida Hendricks recorded her first save roughly 10 minutes into the first half.

Roland Park generated back-to-back corner kicks with about 24 minutes left in the opening half, but St. Mary’s Ryken was able to clear the ball away from any danger of the visitors tying the score.

Silverstone’s second goal of the game came with about 17 minutes left in the first half that put the Knights in front 2-0.

Less than a minute later, the Reds thought they had scored their first goal of the game, but St. Mary’s Ryken senior Mia Schaefer cleared the ball off the line to keep the visitors off the scoreboard.

In the final few minutes of the first half, Knights junior Carsyn Jones scored her first of two goals on the day and Silverstone completed her first-half hat trick with her third goal to grant the hosts a 4-0 lead before the intermission.

“I think we connected really well as a team today,” Jones said. “I think we were aggressive. [Roland Park] was pretty good competition, but we played well.”

Roughly 10 minutes into the second half, the Reds cut their deficit in half on a pair of goals from junior Kylie White.

Jones was able to net her second goal of the day to stymie any Roland Park comeback attempt and put the Knights in front 5-2 with about 21 minutes left to play.

“What worked for me personally was I just cleaned up one of Jill’s shots off the goalie, so it was a simple finish,” Jones said. “On my other goal, the ball was loose and kind of bouncing around and I just found the back of the net.”

The Reds were able to generate four corner kicks in a span of 10 minutes, but Hendricks and the Knights defense prevented any more goals by the visitors finding the back of the net.

St. Mary’s Ryken junior Brin Moore found the back of the net with about four minutes left in the game to seal the 6-2 win for the hosts.

“Our teamwork has stepped it up this year, and we are all getting better and ready for WCAC play,” Silverstone said.