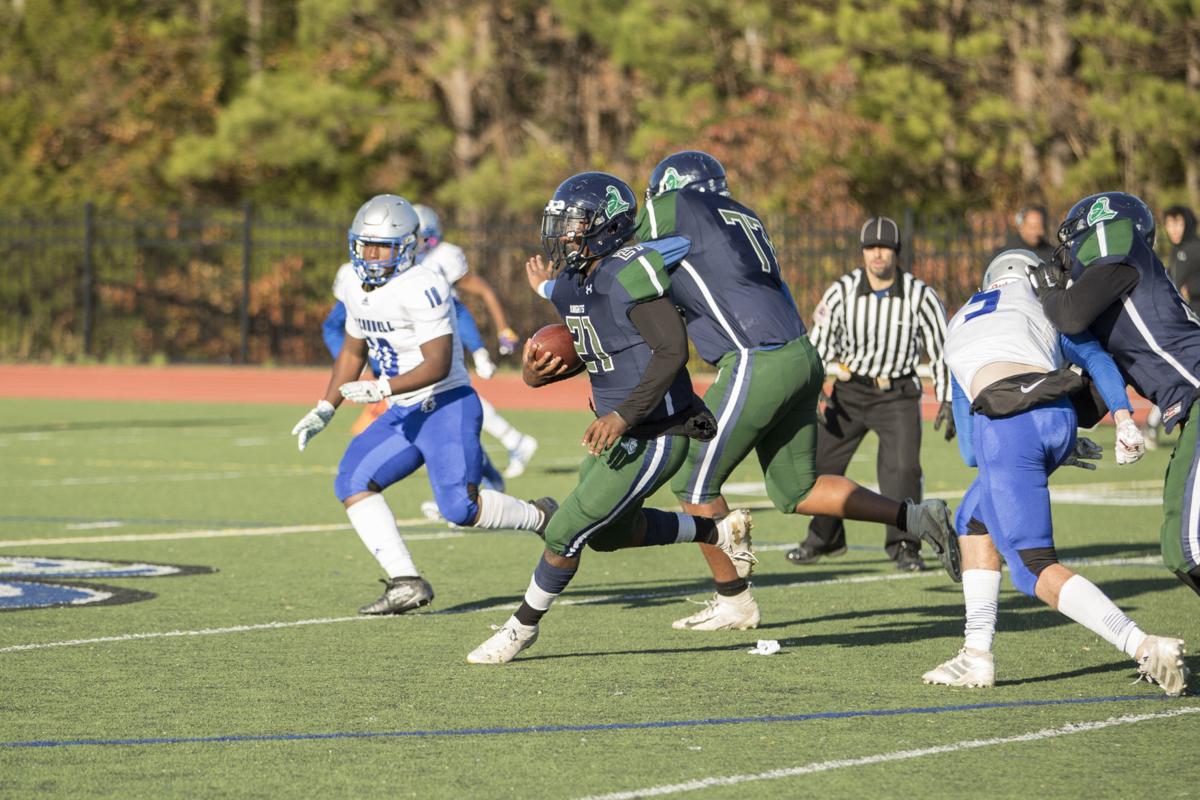 The 2018 season was a memorable one for the St. Mary’s Ryken Knights football program. The Knights captured the program’s first Washington Catholic Athletic Conference Metro Division championship with a 43-6 victory over Bishop O’Connell from Virginia.

This year, the goal for St. Mary’s Ryken under third-year head coach Aaron Brady is to repeat as champions. On Sunday, the Knights will get that opportunity to win their second consecutive title.

“Our kids are excited for the challenge and the opportunity to compete for a back-to-back ring,” Brady said.

St. Mary’s Ryken (8-3 overall) will face Archbishop Carroll of Washington, D.C. (8-3) in the WCAC Metro Division championship game, which is scheduled for 1 p.m. Sunday at Catholic University in Washington, D.C.

“Our focus this week is to do all the little things in all facets of our daily life,” Brady said. “We have tasked our kids to do extra work this week and cut out the distractions. We expect them to work harder in class, on homework, in the weight room, film study and even run a little extra after practice.”

In the pair’s regular season meeting in Washington, D.C., the Knights topped the Lions by a final score of 35-12 on Nov. 9.

“We are playing an opponent that gets better every week and is playing with a lot of confidence,” Brady said. “They have four BCS kids, so they have size and speed. Our goal is to be the better team and win our one-on-one’s each play.”

St. Mary’s Ryken began its title defense with a 48-6 rout over O’Connell on Saturday in a home WCAC Metro Division contest, while Carroll defeated Paul VI of Virginia in Saturday’s other Metro semifinal, 50-9.

The Knights are looking for their sixth straight win to finish out the season. In the previous five victories, they have outscored their opponents by a combined 235-26.

“What’s going to be important for us is to play fast with great energy and to handle adversity,” Brady said. “We are counting on our team leadership and our mantra, ‘KLEO’, to carry us through to another championship.”

Leading St. Mary’s Ryken under center this year in his second season on varsity has been junior quarterback Trev Nored.

“The expectation was to win another championship this year, come together as brothers and be 1-0 every week,” Nored said. “I learned from last year that I needed to be more of a leader and take control of the team this season.”

Nored threw two touchdown passes in the win over O’Connell on Saturday in the WCAC Metro semifinal, and he wants to help lead the team to capture another championship ring on Sunday.

“We went last year and second time going we feel like we got to get another ring,” Nored said. “We have learned how to win as a team.”

Colyn Webster, one of 10 seniors on the Knights this year, is excited for the team to have the opportunity to win back-to-back championships.

“We just have to give it our all and everyone has to do their job,” Webster said.